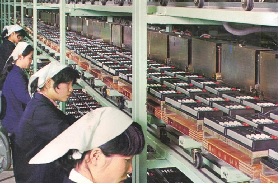 &nbspWhen I started collecting Casio calculators, I did not think going back so far until the 70's, at the time the calculators had Nixies or VFD screens.

&nbspAnd then, under the evil and friendly influence of gégé, met on silicium forum, I started looking for them.

&nbspMy favorites are the fx-201p series, programmable in Fortran, including the pro FX-1, the only Casio model with backup programs on magnetic cards.